As most people seem to be aware, the Steelseries GG software sucks, and those of us who just needed Engine, are forced to upgrade. So I dug around for the last version of Engine only, none of the GG bloat and this was it: SteelSeriesEngine3.20.0Setup.exe

This is the direct link, while it works to steelseries’ website: https://engine.steelseriescdn.com/SteelSeriesEngine3.20.0Setup.exe

If they pull it, you can download here: https://vivithemage.com/extra/SteelSeriesEngine3.20.0Setup.exe

If you download it from steelseries or vivithemage.com, these are the hashes:

If you were forced to upgrade to GG, make sure to uninstall and then install this version of Engine. This is currently working fine for my Windows 10 Pro 21H2 patched PC.

I have not played fallout 4 in a while, but for some reason, mouse lag was still a problem as it was in fallout 3 and New Vegas. The fix is the same though. Navigate to here:

Use your favorite file editor to modify these two files: Fallout4.ini and Fallout4Prefs.ini If you do not have a file editor, try notepad, or get yourself notepad++ to enable yourself a lot more editing functionality.

That resolved it for me, again. At least the fix is consistent!

My Nintendo switch v2 stopped detecting my SD card. I was able to plug the SD card back into my PC and it was detecting OK. I am guessing my son dropped the switch, and I am out of warranty. So I took it apart to see what was behind there, I figured these connectors aren’t super strong, they are usually a ribbon cable. I was right, it was not connected anymore. Put it back in, and it was good.

If you think that might be you, here’s what it looks like to reconnect the ribbon cable. You can find numerous teardown videos to get to this stage, it’s only a few screws. One caveat, be very gentle with the screws, do not over tighten them as they are very soft metal. They will strip easily.

This should resolve anyone trying to connect outbound with their Nintendo Switch when it gets stuck on NAT D when using a pfsense router. I am using version 2.5.1-RELEASE as of this guide creation. Doing this also creates no reason to enable uPNP either. This assumes your Nintendo Switch is using a Static IP, or has a DHCP IP reservation so you can keep using the same IP. But if you have not set up a DHCP static lease, see step 1, otherwise skip to step 2.

1. Set a static IP address for the device via DHCP static mappings

That is it, you should now have NAT Type B, which should let you play Splatoon 2, and connect to other Animal crossing users.

I just bought a Nintendo Switch and was trying to play cross platform with my buddies on PC. The non-java version of Minecraft. So I set up a minecraft server running bedrock and did a tcpdump on my router to where my Switch was trying to connect to. It attempts to connect to mco.lbsg.net. So I pointed that DNS entry on my dnsmasq server to my bedrock server public address and my switch now lets me connect to it and I can play on that server.

Hopefully this gets fixed at some point or let’s us Switch players connect to bedrock servers directly.

I figured with Christmas coming, it might be a good time to add this. If you want to claim your eshop gold coins on physical games that you received, you can do so by going to the main Switch screen. Then highlight a game, press +, select My Nintendo Rewards Program, select Earn Points.

Easy! Enjoy. Remember they expire after 12 months of redemption.

I am using the nvidia settings to manage some color settings, and as of a recentish anniversary update for windows 10, it kept resetting every reboot. Luckily someone at Tom’sHardware found the resolution, which I am shamelessly posting here with source:

This issue is caused by the WindowsColorSystem scheduled task running at user logon. The NVIDIA driver hooks the user’s logon and then applies the settings, however, the Microsoft scheduled task that initializes the Windows Color System runs just after and loads the default color profile for the monitor (timing issue). Since I prefer to use the driver manufacturers’ control panels to manage my color settings, I disable the “Task Scheduler Library\Microsoft\Windows\WindowsColorSystem\Calibration Loader” task.

I just built my new rig, and the temps are solid. When running a stock blend test, I am getting about 70-75C. I could use more fans, I am only running the two on the cooler, and 1 120mm case fan.

The only issue I had was some slight fitment with the be quiet cooler. I made zero alterations, but you can see it’s definitly a little tight with the Ram, as it’s pushing it a smidge. Not enough to worry me though. If I had lower profile sticks, it’d be fine. 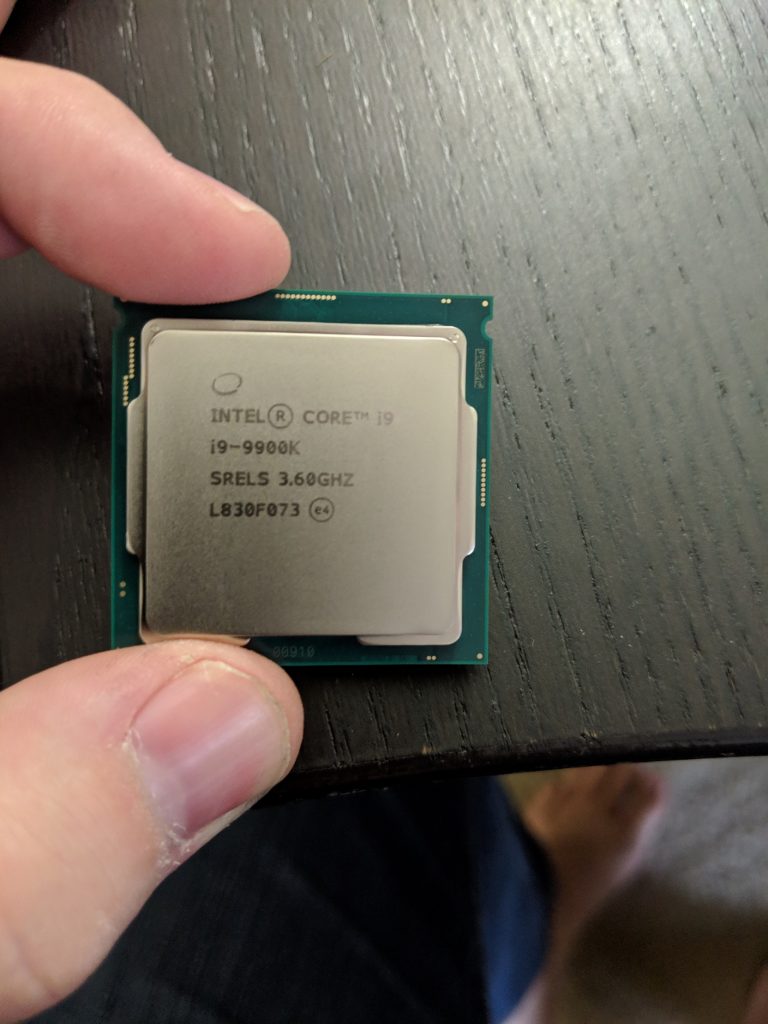 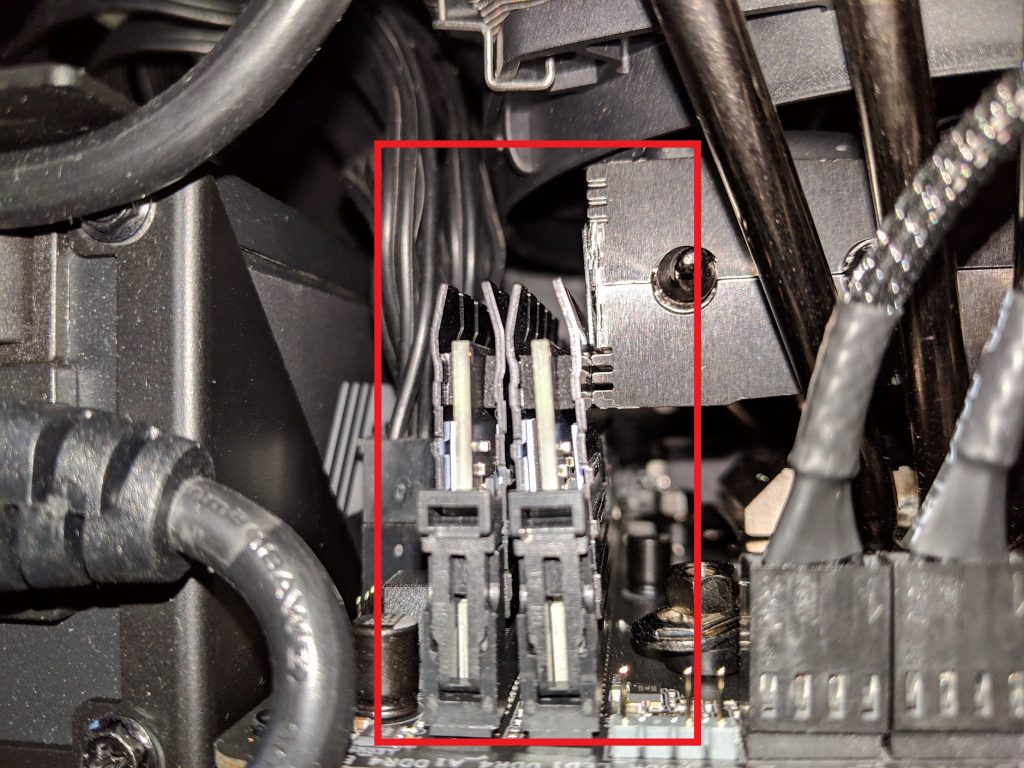 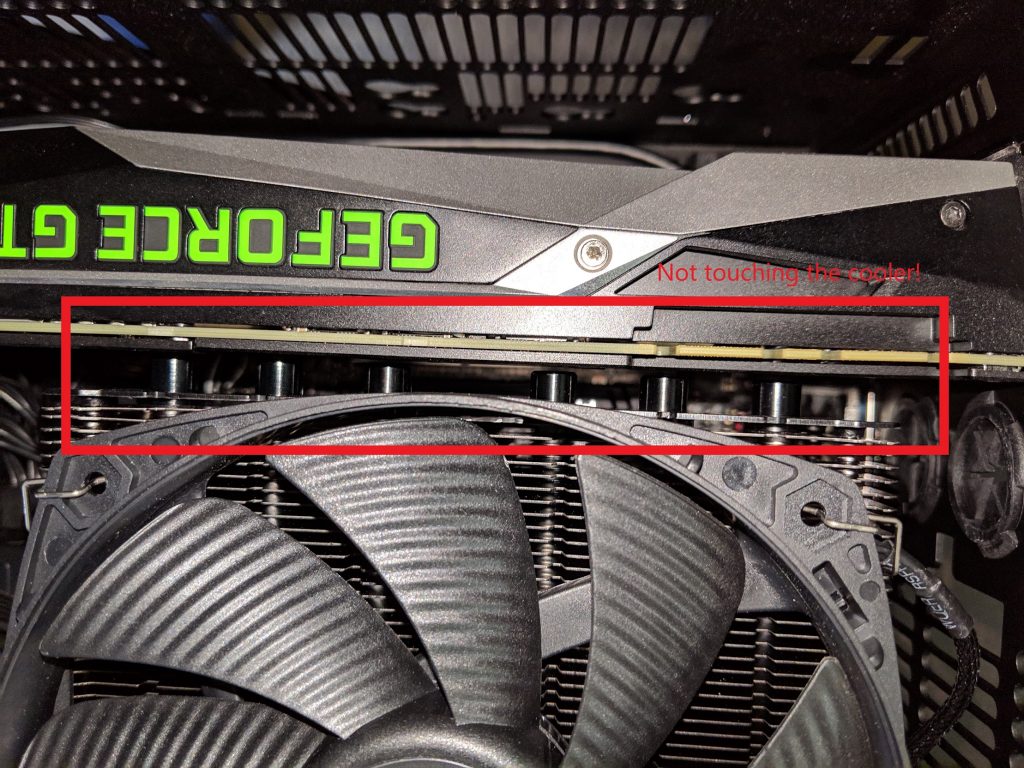 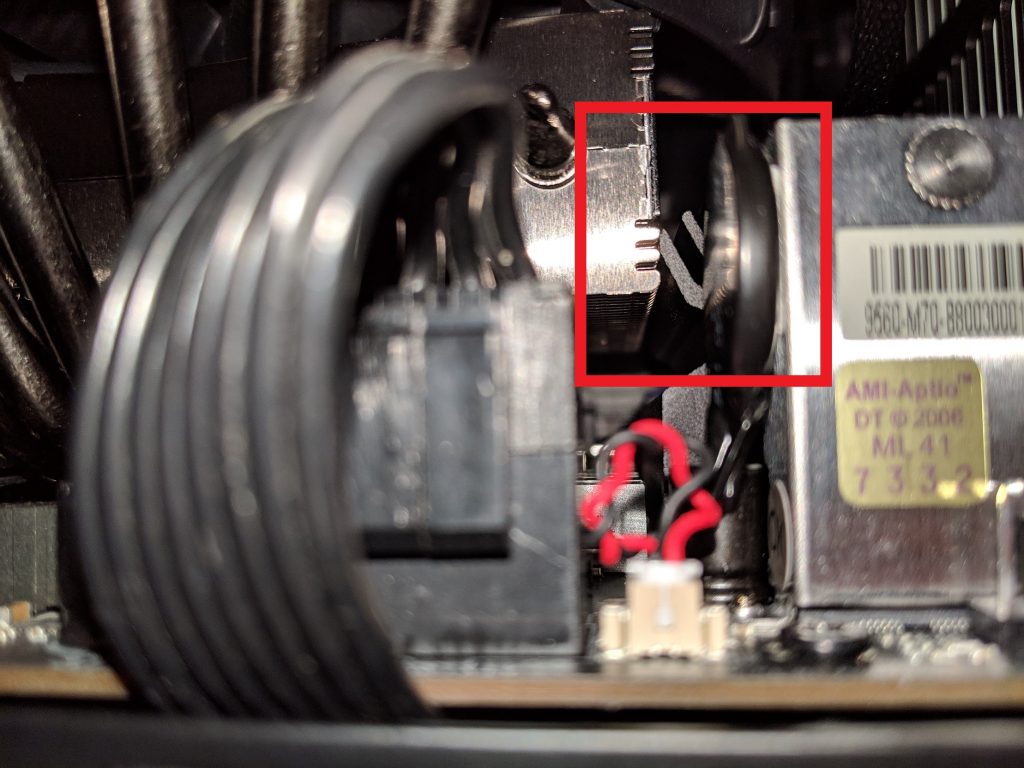 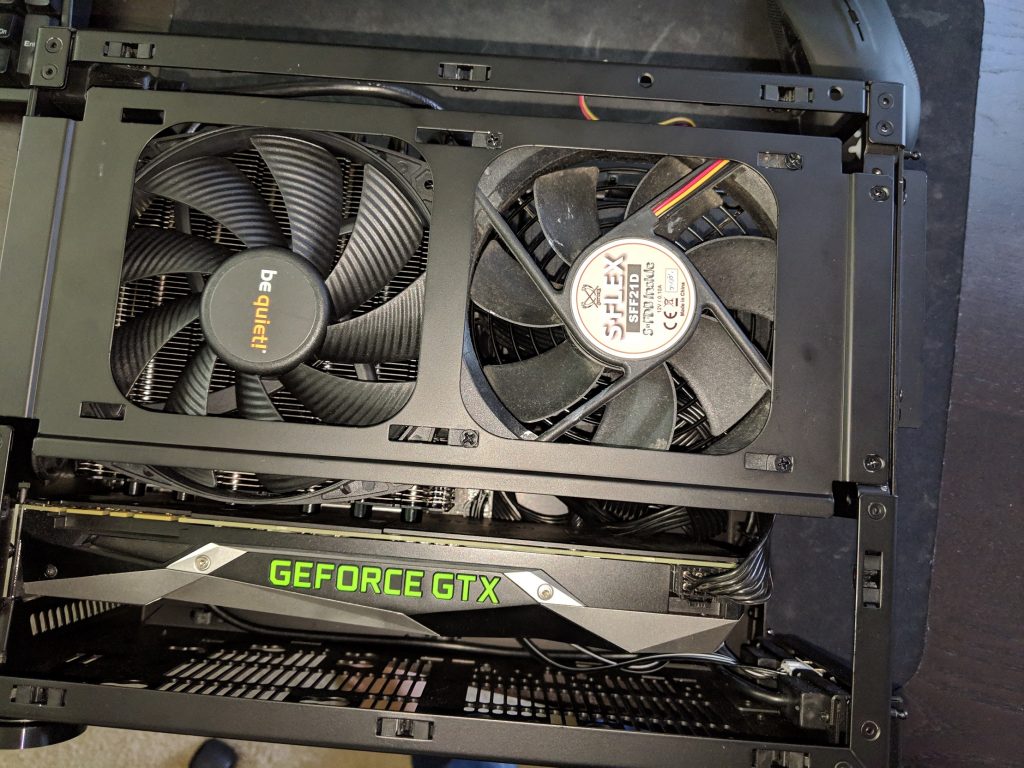 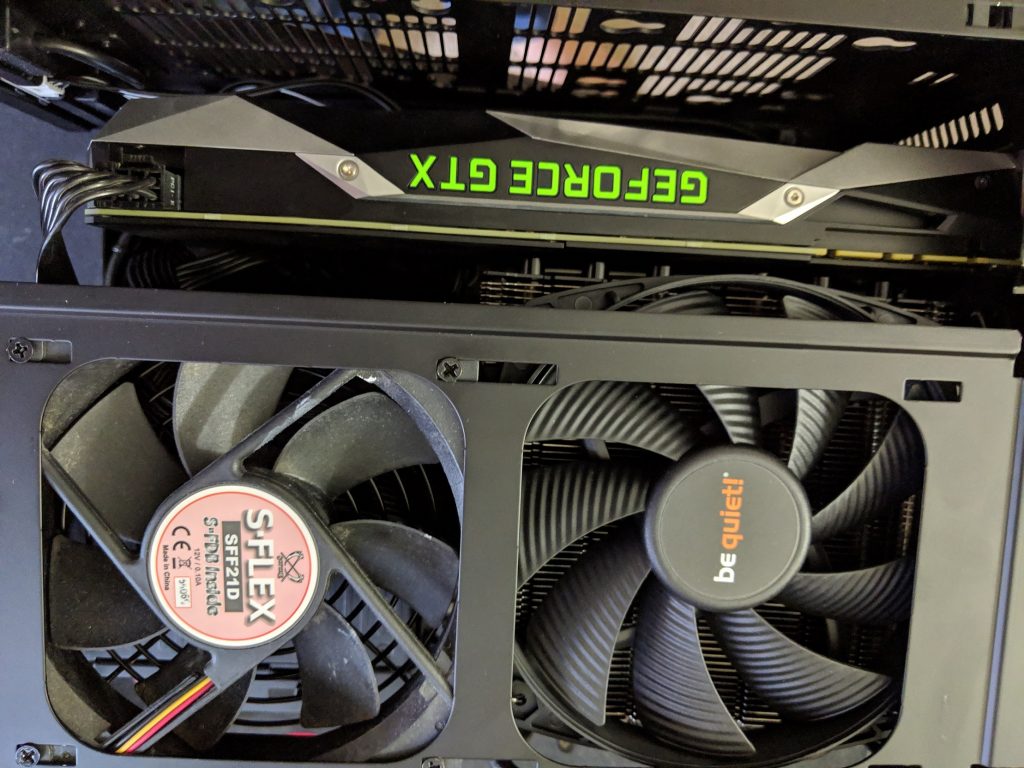 I noticed when I was playing Darkfall Unholy Wars it would alwyas screenshot when pressing i, even though my steam screenshot was set to F12. I changed it to SHIFT + F12 and I was good. People were recommended disabling the overlay, but I enjoy being able to chat with STEAM friends still, and changing it to SHIFT + F12 resolved it.

1) start the quest “The Imprisoned Angel : Enter the Cursed Hold”

2) First take the waypoint to The Old Ruins and check for “Dark Cellar” which has a low chance to have a rare monster or treasure goblin. The chance has been nerfed from when it was being farmed regularly but there is still a chance and it is a quick Neph valor point if a rare is there.

3) Head to New Tristram, teleport to the Cemetery of the Forsaken.

-Once in the Cemetery, check the four possible crypts. Skip Development Hell if it spawns because named rares usually don’t drop anything anymore.

-Each Crypt has 1-2 blue packs and sometimes a yellow. Even when you achieve 5 neph stacks, still clear the rest of the crypts.

4)Next return to New Tristram and head north out of town into the Weeping hollow (or just head south from Forsaken Cemetery). You will continue by clearing the weeping hollow map. you should find at least 3 rare/chapion packs here. Also there is a chance for the Den of Fallen which will guarantee another 3 rare/champion packs and a chest.

5) Once you have cleared all of Weeping Hollow, teleport to Festering Woods. There are 1-3 elite groups o n initial map. Warrior’s Rest and Crypt of the Ancients have 1 guaranteed elite group each and you may get Last Stand of the Ancients event for another elite group

8) Once you have cleared Northern Highlands (and possible event), teleport to Halls of Agony Level 2. There are two elites in this area. Once they are killed, go to the door to the highland passage

9) In the highland passage there is a possible event in which you have to kill a named mob at the end. You will know right away if you have the event because there will be a quest giver. If you don’t have it, just go to the cursed hold.

10) In the cursed hold there are two elites packs + the warden. The warden is a straight forward boss. Once you are done, just go to halls of agony level 3

11) Once in hall of agony level 3 there are two elite packs. Kill them then make your way to the butcher.

12) Kill the Butcher and repeat as desired.